Covid-19: The Power of Positivity 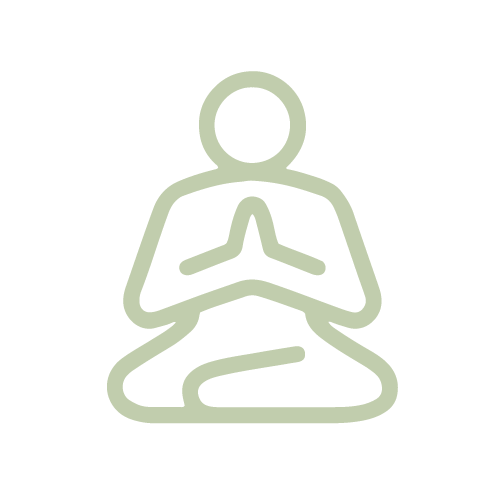 In the midst of this uncertain time with the Covid-19 virus and the anxiety and fear it can stir in us, it is of utmost importance that we guard our thoughts with vigilance.   We work hard to eat healthy and remove food from our diets that cause inflammation and stress in order to provide our bodies with the right information so our biology will perform optimally and support healthy gene expression.

Did you know that your thoughts are also sending information to your body that also supports healthy gene expression?  Yes, it is true.  This is why we need to do a mental detox just like we do a nutritional detox.   By removing inflammatory foods and supplying the body with all the wonderful nutrients it needs we give the body a boost so it can remove the toxins safely and then get about the business of repairing.

Here are some tips on how to detox your mind and your emotions:

Your P3 team loves each one of you.  We are grateful for you and your families.  We are here for you.

Stay fierce and positive and we will get through Covid-19 stronger and with greater resiliency. 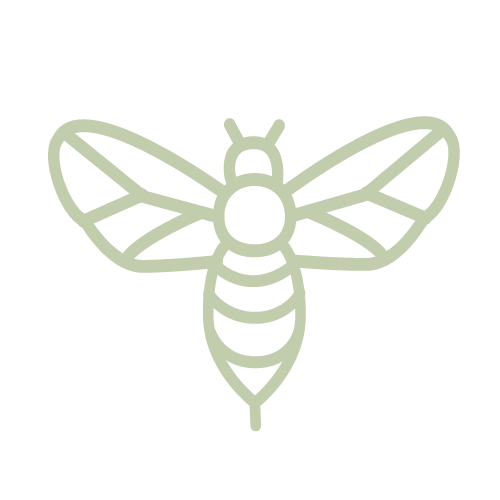 Even if you haven’t been following world news the last couple of months, you may have noticed a shortage of toilet paper this weekend while shopping. That’s all due media attention on COVID-19.

Our goal at P3 is to be a source of education and action for your health.

Here’s the scoop on COVID-19, aka the Coronavirus. The main concern is for individuals with suppressed immune systems, like the elderly and people with chronic illness. It is passed between people who are in close contact with one another (within 6 feet) and through respiratory droplets produced when an infected person coughs or sneezes. These droplets can land on people and surfaces and be inhaled into the lungs.

Symptoms of COVID-19 are similar to the flu. Within two to fourteen days after exposure people can experience fever, cough, and shortness of breath. Then the virus can move into the lungs and cause respiratory concerns that can ultimately turn into pneumonia and for high-risk individuals can result in death.

We know reading, “can result in death” may invoke anxiety and stress. That is not our intention. Again, the risk of death is for individuals that are already immune compromised.

Let’s focus on what you, your loved ones, and community can do to support our immune systems and live a life that reduces the risk of contracting COVID-19, and other viruses for that matter.

Wash your hands with soap for a full 20-seconds.

Do not use hand sanitizer.

Limit sugar since it feeds viruses and bacteria.

Do not touch your face.

Increasing antioxidants and supplement support can be critical to keep you healthy during this time.

At P3 we have put together a COVID-19 supplement bundle.

For prevention we recommend:

When symptoms start to occur:

Call your medical provider for further examination. Please note that the following doses should only be followed for two weeks max.

We encourage those of you that are on biologic medication (used for treatment of ulcerative colitis, rheumatoid arthritis and other autoimmune diseases) to be aggressive in your prevention.

For P3 members, you can come by the office (Monday-Friday 8am to 5pm) to purchase supplements or call/text the office and we will place the order on your Fullscripts account for delivery.

For more information about COVID-19 check out The Centers for Disease Control.

Tell us… What are you doing to keep your immune system in tip top shape?

The Effects of Gluten 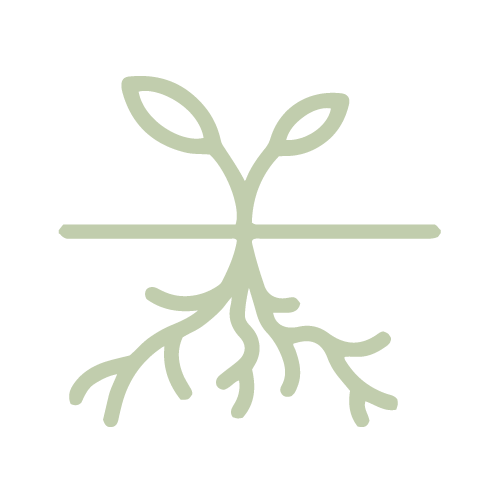 Gluten is a protein found in wheat, rye, barley, and most oats that is inherently pro-inflammatory and causes damage to the intestinal lining. Gluten ingestion is associated with abdominal discomfort, IBS symptoms, brain fog, confusion, fatigue, joint pain and more.

P3 does advanced testing for all members

Elevated hs-CRP, auto-immune markers, and other markers of systemic inflammation can often be seen when ingesting gluten containing foods. Gluten enters the digestive tract, causing an inflammatory cascade and development of leaky gut. Then the protein gets into the bloodstream where the body thinks it is a pathogen, tags it as such, then accidentally attacks our own tissues that resemble that “pathogen.”

When you eat gluten, whether via a piece of bread, the filler in your lunch meats, or one of many hidden sources, it travels through your stomach and arrives in your small intestine where it triggers the release of zonulin. Zonulin is a chemical that signals the tight junctions of the intestinal wall to open, creating intestinal permeability, also known as leaky gut.

Think of the gut lining like a drawbridge. Small boats (micronutrients in food) that are meant to travel back and forth are able to go under the bridge without a problem. But, when gluten releases zonulin, it causes the drawbridge to go up, allowing bigger boats (large proteins like gluten) to cross over that aren’t meant to travel through. In the case of your gut, it’s microbes, toxins, proteins, and partially digested food particles that are passing under the drawbridge and escaping into the bloodstream.

With leaky gut all the toxins, microbes, and food particles, such as gluten, can now flood the bloodstream that aren’t supposed to be there. The immune system marks them as dangerous invaders and creates inflammation to get rid of them.

Inflammation is our immune system’s natural response to anything it deems dangerous, whether that is a cut, a virus, or the gluten you ate in a piece of birthday cake. It is estimated that one percent of the population has Celiac disease and one in 30 people have gluten-sensitivity. What’s more, an estimated 99 percent of people with gluten sensitivity are undiagnosed, so they are fanning the flames of their inflammation without even knowing it.

Beyond creating a leaky gut, gluten poses a serious risk for people with autoimmune disease because of the phenomenon called molecular mimicry. Gluten, which is a large protein, happens to be structurally similar to several tissues in the body, particularly the thyroid. In those with autoimmune thyroid disease, every time they eat gluten the immune system sends out antibodies to detect and destroy the gluten, but since the gluten and thyroid gland look so similar some of those immune cells end up attached the thyroid by mistake.

There are several food proteins, such as casein in dairy, that have a similar molecular structure to gluten. Because of this molecular mimicry, when you eat dairy your body can get confused and think you ate a bowl of pasta and trigger an immune reaction.

Eating gluten triggers the release of Zonulin which can cause the tight junctions in your gut to open, allowing for larger proteins/particles to get in your bloodstream. The immune system then tags these “foreign” particles as invaders. The body’s response is to protect, so the inflammatory process is enabled.

If you are interested in investigating how gluten may be impacting you, check out our Plans & Services page or give us a call!

What is the biggest challenge you have with eliminating gluten from your life? 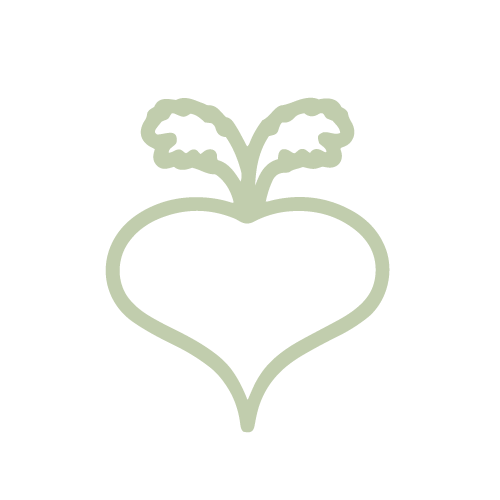 Our goal at Peak Performance & Prevention is to empower you to live your best life.

How do we do that? First, we do a deep dive into your biology and look at a variety of advanced labs. Second, we meet with you to discuss your strengths and vulnerabilities. Third, we work with you to restore your health through the 5 Pillars of Health. Mastering these pillars will allow you to live the life you want while achieving your wellness goals. Now that doesn’t mean mastery will be easy, but our team can help get you there overtime.

These pillars may not surprise you, but they are critical for vibrant health. For example, we all know that hydration is important, but are you drinking half your body weight in ounces most days? If not, as a P3 member you can collaborate with one of our Health Coaches to figure out the right plan for you. If you are meeting your hydration needs, you will notice that your urine is clear and that is a great sign for your detoxification system!

What about detox? Are you having a bowel movement at least once per day? What is your alcohol intake like? These are all components that are important to evaluate for your health and goals. These questions along with many others is what P3 is all about. We are here to support you through advanced lab testing, genetics, in-depth reviews with your provider, and coaching based on the accountability you desire to make change.

This is the foundation for empowered medicine. If you are curious about becoming a member and figuring out which pillars need attention, view our plans for more information.

What pillar you are most curious about for your health? Tell us below …

Are you ready to join the health revolution? Peak Performance & Prevention is leading the charge to bring functional healthcare to the Pacific Northwest. Our revolution encompasses:

Our health revolution is a 6 step process that lasts at least one year.

It’s about time people had access to comprehensive care! Not only do we focus on prevention, but we are here for acute care. Do you need care for a possible sinus infection or laceration? All you need to do as a member is call our office to set up your appointment.

We are here to support you in becoming the best version of yourself. Often that means change is needed from you. Here is what P3 expects of its member:

At P3 we consider you a teammate. There is a monthly fee with a year commitment to your care. At the end of the year you decide if you want to continue receiving care at P3. We think you will!

Check out our provider’s bios and see our membership enrollment process.